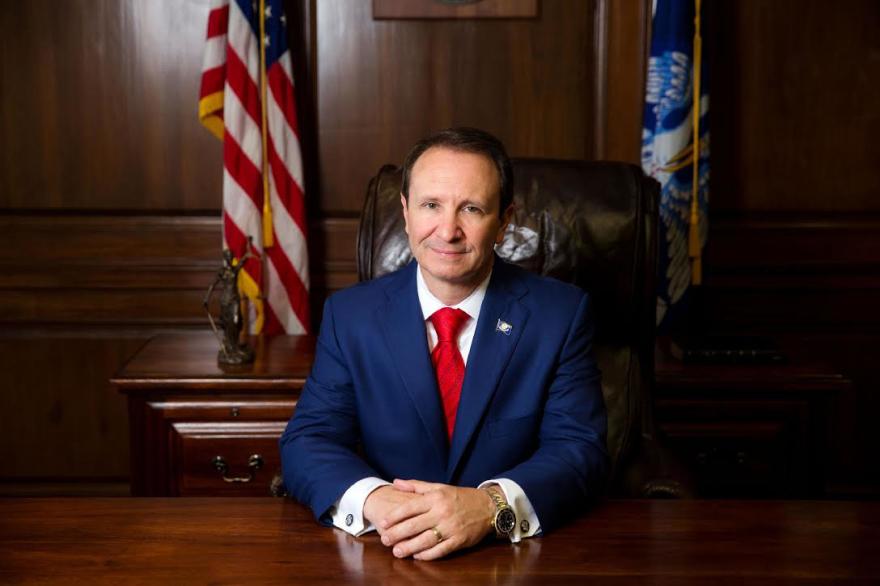 My name is Mark Vath and I have been a lifelong resident of Louisiana. I am now 53 years old and reside in Mandeville. I'm writing today to voice my disappointment in your office regarding the handling of the Catholic church. There is infinite evidence that the church hid and protected child rapists for at least decades in the New Orleans area.

My story is this. I was molested by two Catholic priests as a child. One of those priests was part of my extended family. Regarding my family, my grandfather was one of 13 children, one of which became an Archbishop, Joseph Gregory Vath (Uncle Joe). Also, we had at times three Catholic priests in the family, Paul Calamari, Peter Calamari, and my Uncle before becoming Bishop. My father attended the seminary at St. Ben's and his twin sister was in the nunnery as well. I believe my father was molested while at the seminary, but I digress. In addition, my grandparents received the highest award any laity can receive, from the Archdiocese of New Orleans.

So, on any given Sunday afternoon at my grandparents' home, we were joined by my Uncle Joe, Archbishop Hannan, Paul, Peter, and my Aunt Kay. On occasion, Harry Connick, Sr. would drop by, or Frank Minyard and a host of other staunch Catholic cheerleaders. Thinking back, I wonder what my Uncle Joe and Archbishop Hannan were always talking about outside? Then, Mr. Connick joins them, and later Peter and Paul.

I know survivors who report that after reporting a priest for abuse, the priest was picked up by authorities, and Mr. Connick would make a call to Archbishop Hannan, saying I have Father Joe here. What do you want me to do? Soon enough, the priest was out and with lightning speed, moved to another parish (with an untruthful story to parishioners, of course). When I hear things like this, I do some research and find out that neither Mr. Connick nor Mr. Cannizaro has prosecuted ONE priest from the Archdiocese of New Orleans. Mr. Cannizaro prosecuted Deacon George Brignac, but Brignac is not a priest. How is this possible? When the records are released, which will happen in the near future, how will your office explain the lack of prosecutions? Once the secret archives are uncovered, it will be obvious that when the Archdiocese received allegations of abuse, criminal authorities were not involved (on the record at least), and no charges were pursued.

Yes, we know that in Louisiana, the statute of limitations on child rapists has run its course, but do you know that the average age that a man recovers these suppressed memories is 50? I didn't know what was wrong with me, and for a very long time, didn't know what was wrong with my father. I have lived a dissociated life, Mr. Landry. Only a very small percentage of men come forward and finally figure out why they are who they are. Survivors like me suffer from severe dissociative amnesia, robbing us of precious memories from childhood. We eventually just accept the fact that, I'm just not right, I must be crazy. I am absent from the present moment, unavailable mentally and emotionally most of the time. I don't know how to love or to be loved. I've turned to alcohol and drugs to help me forget. I have struggled monumentally with relationships. I have had issues with sex and sexuality. Can you imagine how it feels to have been absent mentally and emotionally from many of my own childrens' milestones growing up? How about the family vacations I can't remember? The graduations? The birthdays? The special occasions around the holidays? Basically, the abuse has stolen 40 years of my life.

How many more survivors are out there Mr. Landry? This bankruptcy imposed bar date is comical. If the average age of recalling these atrocities is 50 years of age, what about the 30 year old that won't figure out what's wrong with him for another 20 years? Is he out of luck? The statute of limitations has changed in other states based on the science of how the brain handles and recalls trauma as a child. Have you ever researched the subject, Mr. Landry? There are experts in this field who have helped change those outdated statutes in other places. Why not here?

I realize that there are bad people in all walks of life, however the massive cover up by the church is despicable. I have learned over the past two years that the tactics used by the Archdiocese of New Orleans have been deceitful, manipulative, and intimidating. For instance, why did the DA of New Orleans call me to simply tell me the statute of limitations had run out on my allegation against another priest? Why not a secretary or one of the attorneys working for the office? Intimidation, Mr. Landry, is the only explanation. I have repeatedly asked Archbishop Aymond for certain things from my file. The answer I get is,"We have given you all that we are required to give you." This is an attempt to hide behind Canon Law (and we have mounds of evidence to produce proving they did not follow even Canon Law). In this case, it is convenient to cite Canon Law, but in the criminal matter, the church prefers to utilize Civil Law because the statute of limitations has expired, or better yet for the church, the priest is dead. I have been told by the top people at the Archdiocese, "Mr. Vath, Father Joe is dead, what would you like us to do?"

The evidence against the Archdiocese is glaring, it is straightforward, and it is real. May I add that I am sure your campaign and financial advisors appreciate the Catholic church's generosity. I find it disturbingly odd that with the evidence we have, there has not been a call made by your office to raid the secret archives, and uncover the real truth behind this catastrophic cover up. I usually try to stay proactive in regards to important issues such as raping children then hiding it for decades. The truth will come out, Mr. Landry, and being reactive to things like child rapists is probably a situation you would not enjoy, nor would your constituents, I'm positive. Release the records (that have not been destroyed yet) and bring peace to those of us who don't know what peace feels like. I'm sure it is nice.

Hello. I am Mark Vath, survivor and warrior. Join us while we SEEK truth and justice.