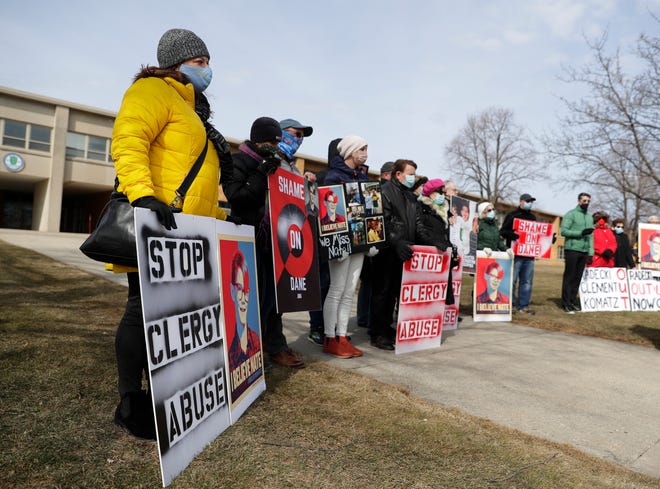 MADISON - Wisconsin authorities will launch an investigation into the state's Catholic dioceses and religious orders to determine how many clergy members have sexually assaulted children over the years.

Attorney General Josh Kaul notified the state's five dioceses as well as separate orders of Catholic priests that his office will review sexual abuse allegations against clergy and other faith leaders, according to a letter obtained by USA TODAY NETWORK-Wisconsin. Wisconsin is home to the Archdiocese of Milwaukee and dioceses in Madison, Green Bay, La Crosse and Superior.

"I agree with the many survivors of clergy abuse, and those who support and have advocated for them, that a review by our office is necessary to provide accountability and, ultimately, healing," Kaul wrote. "I hope you will welcome that review."

Kaul, a Democrat in his first term, invited representatives for the dioceses and orders to a meeting Monday to discuss next steps and indicated his office would announce the review soon after. The letter also asked that dioceses preserve any relevant documents or information.

The probe comes amid a renewed reckoning over clergy abuse in Wisconsin after the suicide last year of a man who accused three priests from St. Norbert Abbey in De Pere of sexually abusing him as a teenager in the 1980s. Nate Lindstrom received $420,000 in secret payments from the Catholic order over 10 years until the abbey stopped sending checks in 2019, a Green Bay Press-Gazette investigation found.

Survivors and their advocates have long called for Kaul to take action, contending any review should be conducted by independent authorities and not the same institutions accused of perpetuating and covering up misconduct. The Wisconsin attorney general will follow in the footsteps of his peers in other states who have investigated decades of sexual misconduct within religious institutions.

"These aren’t individual crimes. This is a nonprofit corporation that has enabled individual abusers to go on and abuse dozens more children," said Sarah Pearson, assistant program director for the advocacy group Nate's Mission, named for Lindstrom. "This is an instance in which it’s necessary to look at the organization and not just the individuals."

More than 170 priests across the state have been identified as assaulting children. Except for Superior, all Wisconsin Catholic dioceses along with St. Norbert Abbey and the Society of Jesus have published lists of clergy with "credible" allegations against them.

The lists contain varying levels of detail, but none of them reveals the number of victims who were known to be assaulted by the priests.

Dan Blank, the director of administrative services in Superior, said leaders of the diocese expect to release a list by the end of the year. Superior started an internal review of its files in 2019 with help from Defenbaugh & Associates Inc., a Texas law firm that examined files in four dioceses and will conduct a second review for St. Norbert Abbey.

Blank highlighted the ongoing investigation in an email to USA TODAY NETWORK-Wisconsin on Thursday and said the diocese intends to participate in conversations with the attorney general's office and will cooperate with any follow-up.

Jerry Topczewski, the chief of staff for Milwaukee Archbishop Jerome Listecki, said the archdiocese is "interested in learning more" about the attorney general's plan so it can formulate a response.

Representatives from the three other dioceses and St. Norbert Abbey did not immediately return requests for interviews Thursday.

Kaul declined to be interviewed for this story. A spokeswoman for the Department of Justice said survivors of clergy abuse who need support can contact the Office of Crime Victim Services at 877-222-2620 from 7:45 a.m. to 4:30 p.m. Monday through Friday.

Survivors hope Kaul's investigation will hold church officials accountable and provide them with answers about their own experiences, including why priests were moved from parish to parish after allegations surfaced.

"I’m glad an outside agency is going to finally take some action to hold all organizations accountable for their inactions to protect the safety of all children, whom they are entrusted to care for," said Steve Weix, a Merrill man who was sexually assaulted in the early 1980s by convicted Superior diocese priest Thomas Ericksen.

Wisconsin will join at least 22 other states that have launched investigations into sexual abuse by clergy.

In 2018, a grand jury report in Pennsylvania showed that more than 1,000 children had been abused by at least 300 clergy members since the 1940s, and that senior members of the church worked to systematically cover up the abuse in the state's six dioceses, according to the Associated Press. At least two priests were charged with crimes as a result of the report.

Colorado's attorney general opened an investigation into abusive clergy members in 2019, which found a total of 52 priests were credibly accused of sexual abuse, according to the Colorado Sun. The review resulted in a claims process that paid 77 survivors more than $7.3 million after an agreement between the state's three dioceses and the attorney general's office.

In Michigan, officials launched an investigation in 2018 and found that 454 priests had abused 811 victims across the state's seven dioceses, the Detroit Free Press reported. The investigation is still ongoing, and Attorney General Dana Nessel said more abusive clergy members could be identified.

The Wisconsin attorney general's office declined to release copies of Kaul's letters under the state’s open records law. In denying the records request, Assistant Attorney General Paul Ferguson wrote that the Department of Justice had to keep the letters confidential because they “relate to a review of matters that could potentially be referred for criminal prosecution.”

USA TODAY NETWORK-Wisconsin obtained a copy of one of the letters elsewhere.