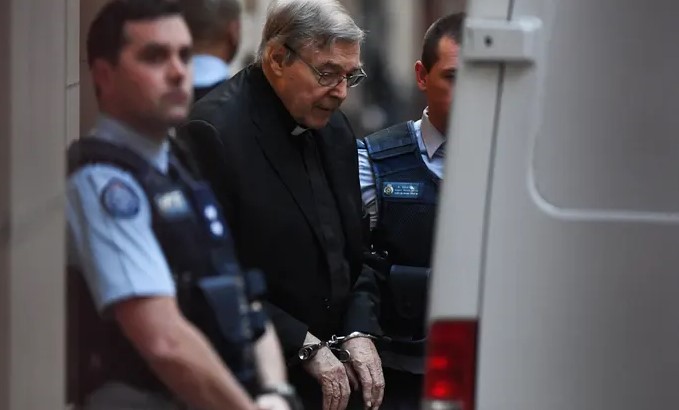 You might have wondered if the recent death of George Pell, who was jailed in 2019 for child sexual abuse and then later acquitted, would bring a sense of relief or closure for victim survivors of Catholic clergy sexual abuse.

After all, the Royal Commission into Institutional Childhood Sexual Abuse found Pell had failed to do enough during his time in senior church roles in Australia to stop priests who abused children. In fact, news of Pell’s death may generate a roller coaster of complex and variable emotions among abuse survivors. This mix of emotions may include sadness for the ongoing consequences of the abuse for fellow victim/survivors, and anger at the lack of justice for so many.

There’s also the potential post-traumatic stress reactions triggered by this recent round of media coverage – such as fear, dissociation, distressing memories and sleep disturbance.

This can lead to significant isolation from family and the faith community. Many survivors of clergy child sexual abuse report struggling with a fragmented sense of self into adulthood. Significant grief at the loss of childhood and the freedom to develop to their true potential are common. Clergy-perpetrated childhood sexual abuse is particularly toxic as the abuse is done by moral and spiritual leaders who are meant to protect the child, leading to a profound lack of trust in others.

These effects are pervasive and can be lifelong. The impacts of trauma do not end with the demise of an abuser or the resolution of a court case. They will not end or be resolved with the death of Pell. In fact, recent widespread media coverage could exacerbate it.

This can occur in several ways, triggering:

Many recent media reports and obituaries have highlighted the career success of Pell in reaching the upper echelons of the Catholic Church and his role as a spiritual leader. Yet these accolades strike a highly discordant note with the findings of the Royal Commission, which criticized him sharply for not doing more to protect children from dangerous priests. Glowing media reporting about Pell may inadvertently increase distress among survivors.

Coming forward about child sexual abuse is incredibly, incredibly difficult and good psychological support following a disclosure is very important. Not being believed, or being swept up in institutional cover-ups of sexual abuse makes poor mental health outcomes much more likely for those who survive it. Media reports that focus on Pell’s career success and spiritual standing, without properly acknowledging outcomes from the Royal Commission, may reinforce this sense of not being believed and injustice at institutional inaction.

Research reveals key predictors of not disclosing sexual abuse include fear of not being believed, shame and self-blame. It is likely survivors of abuse are having a particularly tough time during this recent uptick of reporting around Pell and the broader problems of clergy child abuse. It is vital their experiences and the impact of these experiences are fully acknowledged and validated, and survivors are provided with ongoing support.