The impact of drugs and alcohol in Victim and Survivor's lives 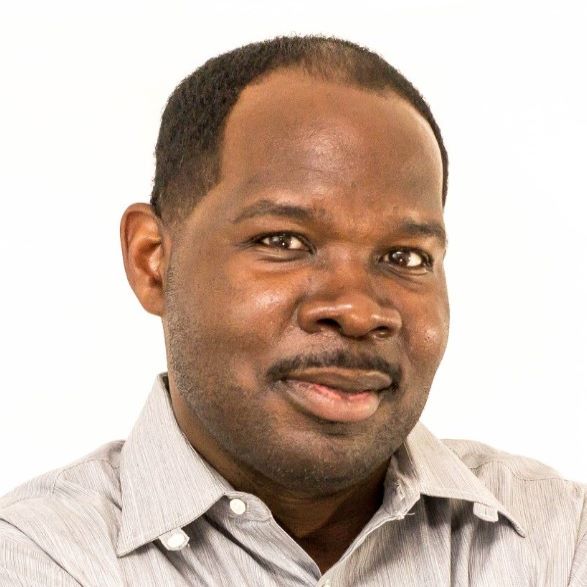 Ecstasy. Ketamine (Special K). Inhalants. Cocaine. Crank. Crystal Methamphetamine. What do they all have in common? These were, in chronological order, drugs that I abused for over ten years.
Yes, that’s right. I, Sedrick Gilbert, spent over a decade using drugs. How did that happen? How did someone who was raised during the ‘Just Say No’ era, someone who was always seen as strong-minded, intelligent, motivated, straight-laced, and full of potential, end up living for and loving drugs?

Although it would be easy to blame peer-pressure or other factors, when it comes down to it, I started using all my own free will. After being told for all my childhood that if you even tried a drug once you’d be hooked, strung out, and your life ruined forever, when I did ecstasy for the first time, the way it made me feel was unlike anything I had experienced in my life, with euphoria sweeping over me. The next day, I felt great and fine. I didn’t feel strung out, was able to go right on to work. In turn, I felt like I had been lied to all those years. Doing ecstasy on the weekends with friends when we went clubbing became a fun and happy time, with no one getting hurt, living life to its fullest. What could be so wrong about that?

So, I set up parameters for myself when it came to using, some of which my friends adhered to also. Only ecstasy. Only on the weekends. Only one pill per weekend. Being the studious and cautious person that I am, I would be the one to research potential pills on a website I found online to make sure they were ‘safe’. Of course, after a while, the parameters began to shift or be modified. I discovered only side drugs in the clubs that ‘enhanced’ the euphoria of ecstasy. Those included ketamine, which was sold in small glass vials, and inhalants, which was sold by one of the clubs in Atlanta (you had to ask for VCR head cleaner). The combination of the substances in the loud music, bright lights, and boisterous crowds of the clubs was an intoxicating experience every in Atlanta for what seemed like a never-ending party of good times…at first of course confined to my weekends.

As time wore on, the personal constraints I had for most of my life began to loosen. I began to feel freer, more in touch with my own feelings. What could possibly be wrong with what I was doing, something that seemed to be making me feel so good? Feeling confident and in control of something I had previous been told would destroy me, I eventually wanted to experience more. When the opportunity presented itself for me to try cocaine, of which I had always heard of, with sanitized, romanticized accounts of it being a ‘glamorous and party’ substance of the ‘beautiful people’, I decided to indulge with a friend, but we kept what we were doing from the rest of our close crew. They wouldn’t understand, we agreed. I still vividly remember when another good friend found out, he was beyond distraught. “I thought we all said we wouldn’t do anything like that!” he said, near tears. He was reminding me of the parameters and rules I myself had previously insisted on. I dismissed his concerns. I was in control, wasn’t I?

"I began to spend time by myself, taking comfort
in what I thought was a new friend, cocaine."

Cocaine eventually became my drug of choice for some time, the closest I ever came to full-on addiction. At first it was indeed a ‘party’ drug, making me feel as if I was on top of the world, a star in an updated Studio 54 of decadence and fast, fun, times. However, the come downs were more like crash landings, which hadn’t occurred with ecstasy. But I kept right on doing it, even after I stopped clubbing as much. Using had taken on a life of its own in my existence, replacing more positive and healthy endeavors. I began to spend time by myself, taking comfort in what I thought was a new friend, cocaine.

When I found myself laid off from my job in Atlanta, I returned home to Texas, taking a break from cocaine, as it wasn’t cheap, and without work, there was no way to afford it, and I didn’t have any connections to get it. But that return to my hometown led to emotional triggers in my life that I wasn’t prepared to deal with, and once I found work, it didn’t take long to get reacquainted with cocaine. After a while, I began to not like how I was feeling when I was on it, becoming easily aggravated and agitated, and the aftermaths of using were brutal. Using was still relegated to weekends only, and pulling myself together to go to work on Mondays became harder and harder. After good, uncut coke became increasingly difficult to find, a new, more cost-friendly alternative would soon pique my interest: speed.

I first tried methamphetamine in Atlanta, when an ecstasy connect offered it to and friend and me when one weekend he was unable to obtain our usual. Bringing it over to my apartment one Saturday night, he advised us to do it there and not go out anywhere once we had. We had no idea of what we were doing, and snorted the chunks of the crystal meth without crushing them. It’s a surprise that our noses were still intact after doing so. When our other friends arrived shortly thereafter, they asked us what was going on, if we were okay, to which we nodded through tweaked out, grimacing faces. I felt wired and anxious, two feelings vastly different from what I was used to. I didn’t like it. But eventually I took a liking to the drug, first in the form of crank, then crystal meth. I started out snorting it, vowing to stay away from smoking it. However, once again, boundaries I initially set gave way.

What had begun as a habit done in anticipation of going out to party in clubs to have a good time with friends had morphed into an abyss of me secluding myself from others, often locked in rooms alone. I went from being a sociable, out-going individual who enjoyed interacting with people on a regular basis to falling into patterns of secrecy and seclusion. Hurt and pain that I felt inside due to situations from my past were covered, masked, and suppressed by my using, and triggers of inner turmoil only accelerating the problems. I love of had previously had in my heart for people was replaced with love of drugs. I felt as if no one truly understood me, that the only constant I had to bring what I thought was happiness were the drugs. When those who truly cared for me and expressed concern for me and what I was doing, I was defiant, ignoring what they had to say. When I was accused of being high even when I wasn’t, in my mind that only reinforced feelings of being misunderstood. I was in a world of denial and darkness, prone to acting out, occasional hallucinations, disillusionments, and even hospitalizations. It was during this period when, at my lowest point of despair, that I even attempted suicide by swallowing a bottle of anti-depressants. I felt as if my life didn’t matter even more, feelings compounded by the drug use. This in turn led to me finding myself in sometimes dangerous predicaments and situations, among questionable people and environments.

"I would only look forward to going from one
substance-fueled high to another and little else."

I was hurting not only myself, but those around me. I was hiding from the pain and traumas that haunted me for so many years by using. I wound up even more lost, confused, and conflicted than I had been before. I wasn’t present in life, not living a productive existence. I would only look forward to going from one substance-fueled high to another and little else. I attended my 10th high school class reunion for a brief hour or so, with my mindset not in the right place to celebrate or enjoy seeing old friends. My ‘safe’ place was my bedroom, which became more of a personal drug den than somewhere to rest and sleep. I would vow to stop using, but be pulled back in by emotional triggers or thoughts of getting high being the only times of contentment.

Finally, following the passing of my grandfather, I reached a point where I had stopped using. However, it was more because using had become inconvenient, with me not having any real privacy to partake. But then when a full week of being pretty much by myself presented itself, for ‘old times sake’, I decided to indulge again after yet another emotional trigger. That week ended with my tripping and falling in my den, unable to get up, discovered on the floor by my mother, who had just returned home from a vacation. Seeing the hurt and pain on her face yet again, the extent of what I had been doing to myself hit me full on. It wasn’t the first time she had found me in such a state. This time, enough was enough.

That was October of 2012, over twelve years after I took my ecstasy pill. Over a decade of using. After that day, I have never used again. This October marks my ten year-anniversary of being clean of illicit drugs. Once I never thought I would even do drugs, and then I never imagined not doing them. Where I once was lost and without positive direction, I have now found direction on a more purpose-driven light. When I finally decided to sincerely stop and reclaim my life, I was able to find the strength to do so with faith by the grace and mercy of God, with no withdrawals, no rehab, no backsliding. There has been no desire to revisit those old demons. I have found that I do indeed have so much to live for besides drugs, so much to be grateful for. I am at peace with myself, no longer battling inner conflicts that in the past left me vulnerable to falling prey to self-destructive tendencies. There have been some who have tried to throw my past up as an attack on me, but who I USED to be is not who I am today. I don’t deny my past, but I don’t live there anymore.

We asked SCSA Vice President and Substance Abuse Specialist Zipporah Michaux about Sedrick's experience, and found out that drug abuse in the victim and survivor community is not uncommon; "It is my belief that Alcohol and Drugs are how adults medicate our wounded younger self. For myself, I do believe that my childhood sexual abuse and my substance abuse are close cousins if not siblings. Personally, I used alcohol to silence my wounded and abused child. I was a mess on the inside. I am grateful God showed me grace to face and HEAL parts of my younger self."

Drug abuse and addictions can happen to ANYONE. I share my own story as a warning and to shed light of how someone can find themselves caught up in situations that they never envisioned. However, hope is never lost if you want to make a change, and take the necessary steps to do it.

Editor's Note: If you are are a survivor of childhood sex abuse and are struggling with drugs, please reach out to us via the contact form or email us sob[email protected] to begin your healing journey.