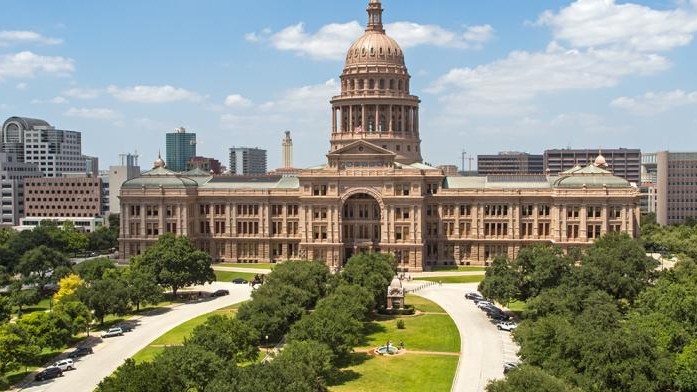 AUSTIN - Texas State Representative Ann Johnson filed House Bill 206 on the opening day of the 88th Texas Legislative session, which will eliminate the civil statute of limitations for sex crimes against children.

“Texas is in the back of the class on (statute of limitations) reform for child sexual abuse claims. Revival laws serve the public good and protect children,” wrote Kathryn Robb, executive director of Child USAdvocacy. “It’s high time Texas followed the national movement revival laws. These are not typical torts, we are talking about the sexual assault, rape and sodomy of children. It’s time for Texas lawmakers to act.”

So why does it take so long for victims of childhood sex abuse to report their abuse? Richard Windmann, Co-Founder and President of Survivors of Childhood Sex Abuse (SCSA) offered some insights. "It boils down to misplaced fear, guilt and shame." Windmann continued "Abusers coerce their victims to keep the abuse a secret, sometimes by threats, told that it's their fault, or they are told that no one will believe them. That's a heavy load for a young child whose brain hasn't fully developed."

When asked about what affects victims, Windmann offered "Without exception, they all suffer Post-Traumatic Stress Disorder (PTSD) and sometimes CPTSD, depression, anxiety disorder, and sometimes dissociative disorder. Because it is a secret, they do not report their abuse and can't get help. So they self-medicate with alcohol and drugs. When that stops working, and it will stop working, suicide, in numbers. We have come to understand that a victim of childhood sex abuse finds coercion, deception, excuses, double or floating or moving standards, mystification, low self-esteem and self-medicating to be natural aspects of their world. Without these dysfunctional features in their life, they would not have been able to survive for as long as they have. It affects their quality of life and relationships. Victims and Survivors are left to live a life of perpetual fear that their constructed world view can be torn down at any moment, and thus they must forever be on guard against any who attempt to encourage them to question the fallacies of their childhood. Trust and truth for them is and always will remain a convoluted concept that must never allow for the facts and reality or reason to exist. If they survive, at some point it in their lives it resurfaces, and this statistically happens in their late 40s to early 50s, with the average age of 52. That's why the elimination of the statute of limitations is crucial for them to receive justice."

Lisa Kendzior, Dallas Leader for Survivors Network of those abused by Priests (SNAP) asserts "HB 206 not only allows survivors healing justice, but it also protects our communities by exposing hidden predators. It keeps institutions accountable for harboring and transferring known predators." Kendzior continued "Survivors of childhood sexual abuse must rebuild their lives, their identities, and their trust to hold power over their abusers to finally make them accountable. Filing civil charges is an arduous and re-victimizing journey and most survivors do not choose this route. But every survivor deserves that choice. Damage is done by predators who steal childhoods then livelihoods. But survivors repeatedly tell me that they are 'not doing it for the money,' which is a common public judgement. They want to protect others."

Patti Koo, also with SNAP in Texas, says "I like the message that this law sends to those who have abused us or those who have enabled those abusers; You are not above the law. You are not the one in control. I now have power over you in this world. And, if the abuser is still alive the abuse stops here. If they have died, then the silence stops here. We hope that other survivors will be empowered to speak up and get the healing support they need."

Curtis Garrison, Founder of SurvivingScouting.org, recounts his own reasons for not coming forward and reporting his abuse when he was a child "Personally, I didn’t report it immediately because of the control the abuser had over myself and the related institutions, the Boy Scouts and the church where our Troop was located, as well as not wanting to cause pain and harm to my family and friends bringing things all out in public." Garrison continued "For many, it’s because of their full awareness of the abuse or being ready to report and speak out. For others like myself, it’s limited Statute of Limitations that limited my opportunities to pursue accountability."

Jillian Coburn, a survivor and advocate says "Every survivor should not allow a law decide when they can heal! The victim should have the ability to choose when they decide to prevail their truth. Trauma never fades away and by providing an open state this allows the survivor to take back their power from their perpetrator. Texas should not fall behind Louisiana in the area of childhood sexual abuse, we are Long Overdue to eliminate the constraints for survivors.

If you would like to support this bill, please click here and fill out a form that will be sent to all legislators.

This is an evolving story, and we will continue to report on it.