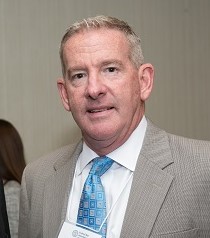 Which brings us to the case of Federal Magistrate Judge Michael North. When the Archdiocese of New Orleans filed for bankruptcy, several federal judges recused themselves because of their ties to the Archdiocese of New Orleans. Judge North's wife, Terri North, runs a Non-profit that is funded by the Archdiocese, and also sits on the board of an Archdiocese entity. Surely on the face of it, there is a conflict of interest. Judge North went on to seal documents that prove that a priest was guilty child sex rape through admission, and also several violations of the Mann Act, for taking children across state lines with the intent to sexually abusing them.

According to the American Bar Association, an "appearance of impropriety" occurs when reasonable minds, with knowledge of all the relevant circumstances disclosed by a reasonable inquiry, would conclude that the judge’s honesty, integrity, impartiality, temperament, or fitness to serve as a judge is impaired. Public confidence in the judiciary is eroded by irresponsible or improper conduct by judges. A judge must avoid all impropriety and appearance of impropriety. This prohibition applies to both professional and personal conduct. A judge must expect to be the subject of constant public scrutiny and accept freely and willingly restrictions that might be viewed as burdensome by the ordinary citizen.

What is the Judge's ties to the Archdiocese through his wife?

It does not cost a judge a red penny to recuse themselves from a case. But the plaintiff's attorney's argued that Judge North actively sought to be assigned to this case; "Magistrate North was not the original magistrate assigned to this case. Initially, Magistrate van Meerveld was assigned to this case. Magistrate North separately contacted the parties’ counsel to determine if they had any objection. The Magistrate never disclosed his spouse’s significant relationship with the Archdiocese or requested a waiver. Magistrate North eventually replaced Magistrate van Meerveld." In the official transcripts, it is obvious that Judge North was confrontational with plaintiff attorneys in his staunch opposition of his recusal, which lends even further into the appearance of impropriety, and that he should be removed from any case that is directly involving the Archdiocese as a party to any and all future actions.

And of course we'd like to have the documents unsealed.