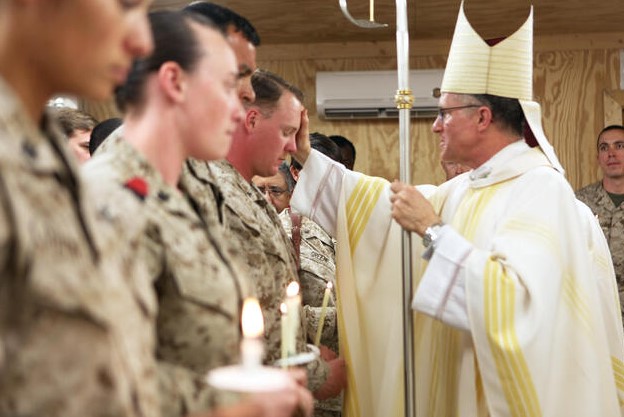 BALTIMORE, November 16, 2022  Archbishop Timothy P. Broglio of the U.S. Archdiocese for the Military Services (AMS) was elected yesterday president of the U.S. Conference of Catholic Bishops (USCCB) along with Baltimore Archbishop William Lori who was elected vice president. The fact that they were elected to these prestigious positions despite their history of underreporting and covering up sexual abuse speaks volumes about the callous attitude of U.S. bishops toward clerical abuse victims.

Prior to the election, every U.S. bishop was made aware of Broglio’s abuse cover-up record in an article entitled “USCCB to Vote on Corrupt Candidate Next Week.” The article provided proof of Broglio’s abuse cover-ups while pointing out that, based on research undertaken by BishopAccountability.org, it appears that the  AMS “underreported and covered up more abuse than any diocese in the U.S.”

Archbishop Broglio covered up for Cardinal Edwin O’Brien, his predecessor at the AMS, who was also Lori’s predecessor in the Baltimore Archdiocese. It was O’Brien, while Archbishop for the Military Services, who reported only two abuse cases in the 52-year period of the John Jay Study.  Given the fact that there were more than 1,000 Catholic chaplains serving in the Army, Navy, Air Force, Marine Corps, Coast Guard, and Veterans Administration (VA) during some of the years between 1950 and 2002, it is estimated that there were not 2, but more than 500 military dependents and service personnel who were sexually abused during that reporting period.

Just as Broglio covered up for O’Brien who underreported and covered up abuse in the AMS, so too did Lori cover up for both O’Brien and Cardinal William Keeler who preceded him in Baltimore. Lori not only has refused to look into the case of a seminarian who alleges being drugged and sexually assaulted by a Baltimore pastor during Keeler’s time in office, but he also covered up the alleged sexual harassment of one of his own seminarian’s by a deacon and seminary rector.

Mainstream and Catholic media sources like Catholic News Agency (CNA) and Catholic News Agency (CNS), along with publications like America magazine, that reported on the USCCB election results all seem to have avoided mention of abuse cover ups by Broglio and Lori as they did in the case of Cardinal Robert McElroy who covered up the rape of Rachel Mastrogiacomo and the abuse of some 12 seminarians and priests who were reported to him by the late Richard Sipe.

Abuse victims, some of whom are driven to abuse drugs; become alcoholics; or even commit suicide; are devastated when they learn how Church leaders like Broglio, Lori, McElroy and others are promoted or rewarded despite their documented cover up of abuse.

Thirty-seven years after the U.S. Bishops and the Vatican buried Dominican Father Thomas Doyle’s prophetic 1985 co-authored sexual abuse report which could have spared tens of thousands of clerical sex abuse victims and saved the Church billions of dollars, the bishops, with the help of complicit media sources, continue to underreport and cover up abuse.  Scandalized by the ongoing abuse crisis, it should not come as a surprise today that only 73 million out of 112 million of Americans baptized in the Catholic Church now self-identify as “Catholics” making former Catholics – at around 40 million - the second largest denomination in the U.S. In light of the results of the recent USCCB election, one can anticipate that number will continue to rise.