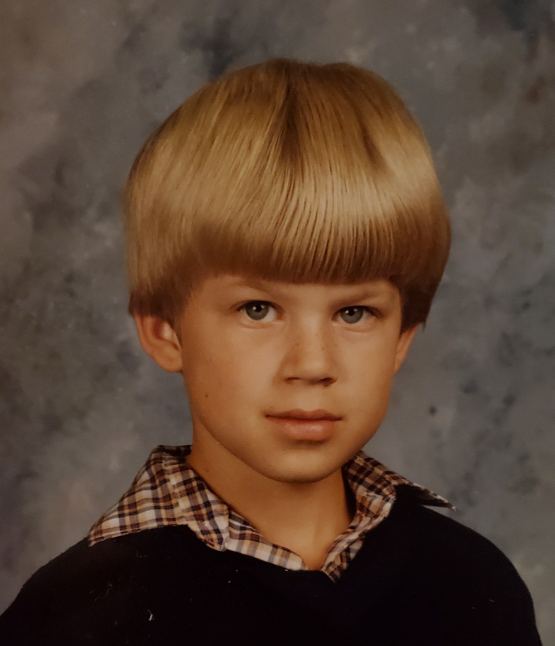 This is my Journey

As you get older and travel through the time of adulthood, you come up on the opportunities to take new forks in the road of life. To be able to put certain parts of your life behind you and keep traveling down a different road that will take you new places. In this time of the big #MeToo movement I had decided to not jump on that bandwagon of telling everyone my story. I was still telling myself I was taking it to my grave with me and nobody was going to know about it.

A bit about my story... at the age of 9, I was sexually abused by a older neighbor boy and it went on for 4-5 years. I finally got old enough to realize that what was going on was wrong and started distancing myself from him. I never told anyone about it. Not my parents, none of my friends, and never told my wife, even 17 years into our marriage. I did a lot of self help and research on helping myself with issues after getting out of school and felt I was in a pretty good place overall. Since I really hadn't had any real issues with PTSD or other things related to childhood trauma and I never blamed myself for what happened, I put it behind me and just pushed along in life. I had full intentions of taking it to my deathbed and no one would hear my childhood story.

In 2017 at the age of 45, my wife and I decided to adopt a newborn child after trying for a few years with no luck. I think the hardest part of the entire adoption was lying about my childhood and how I was raised and what I had to grow up with in my head. We had to write pages answering many questions about our lives. I didn't want to mess up this opportunity so I decided since no one knew it happened, then no reason to state that it happened. Our son was born early in 2018. Getting married was a huge thing in my life, I married my high school sweetheart. This adoption....this was huge! I had told myself for 17 years of being married that I wasn't ready for kids. Everything about this adoption went just perfect, down to even getting to cut the umbilical cord myself in the delivery room. Still looking back, I don't know how, or even why it all happened. They say some things in life just happen for a reason but you never know why.

About 6 months after our son was born my entire life hit me like a brick wall. One night I just felt as though everything inside me just opened up and it all hit me at once. I would do late night feedings and found myself just sitting there holding my son and crying, night after night. I had realized that 17 years of marriage, telling myself that I wasn't ready for kids, was all just a door of my trauma that I hadn't opened yet. See, I had never seen a therapist in my life, if I had maybe a few years into my marriage, I may have opened that door and figured it out a lot earlier in life. Shortly after I hit this wall, I think my wife picked up on some of my issues and she mentioned one day we should maybe see a marriage counselor. We had an awesome marriage, nothing that needed counseling other than my lack of showing affection which was consistent through our entire relationship. I knew I had to tell my wife my story so she would understand me and everything that was going on within my head. It wasn't fair for me to keep it from her any longer.

It took me about 6 months of daily running the situation through my head over and over, of how I would tell my wife. I ran it through my head at work, in the evening staying up late, basically anytime I was alone and wasn't keeping myself busy. It was going to be the hardest day of my life!!

We put our son down for bed one evening and I sat down next to her on the couch and turned off the TV told her I had something really bad to tell her... and then I lost it! It was the hardest thing I'd ever done in my life. It seemed like it took me forever to get it out. She told me she would be here for me anytime I needed her support and she said it explained the little things in our relationship we struggled with. She was completely behind me in this. Weeks after this, I reached out to my abusers new wife of only a year, and sent her a message telling her my story about her new husband. I sent the same message to Ed,my abuser, letting him know that I was no longer going to live behind this secret and his family and my family was all going to know now.

Now I knew I needed to decide if I was going to tell my family about it. It took me almost another year to prepare and figure out if or how I was going to tell my parents. Again, every day at work, going through scenarios of how I was going to do this. Weeks prior to going up to tell them I had told my parents I had something huge that they had the choice of hearing about or not. If they decided to NOT get involved, that no one was hurt or in danger but if they did want to hear it, that this could be life changing for them. I wanted them to decide if they wanted involved or not at their age. They needed to know that their live's may change and never be the same again. After a good week of thinking it over, they agreed to listen me out and I bought a flight for myself to go up to Michigan. It was very hard, just the hour drive to their house from the airport was brutal. But it was much easier telling them after I had told my wife. I thought for sure telling my parents was going to be harder than my wife. They took the news much better than I had anticipated although they had a very hard time with it. They never suspected something like this to happen to them or our family being we are from such a small town. That evening my mom asked if I wanted to contact Eds family and inform them of what had happened and I told her I highly recommended it. My mom was still good friends with Eds oldest sister and worked with her up until the year before this. So the following day we went over and told her. A lot of info came out about other abuse that might have gone on within their family and it really helped me make more sense of why he might have done what he did to me.

So here I am, 3 years after my son was born and I'm in a good place again. I have seen a counselor and she felt I had done a really good job of straightening myself out over the years. I don't think about my abuse much at all again, kinda like back when I first got married. My brother knows, most my family and some of my very close friends know. Everyone has taken it well and shown support. I have to say, I don't, and can't regret a thing in my life or how it has panned out. I have an amazing wife and a son that I now know that I could never have a closer bond with. Had our adoption never happened and none of this come out, I would have never told anyone...ever, I would have died with that secret. On the flip side... Had I said something when I was younger, and opened that door earlier with counseling, then had my own kids, I wouldn't have my son I have now.

And that...I'd NEVER give that up for anything. He is awesome, and he forced me to have this story that I have now. Everything happens for a reason, not all of it is good but some things just need to be left behind in order to get to the better things in life.

I highly recommend to anyone that has been abused to get it out, talk to someone, just tell somebody that cares and will listen. A best friend or even do free online counseling. I can't tell you enough how important it is to NOT keep it bottled up and a secret. Just get it out of you. It is like a disease, if you speak it out, it gets it out of you and you actually feel yourself heal. Just don't wait 35 years to get it out like I did. Life is too short to destroy your entire life keeping it bottled up. Male or female sexual abuse, it doesn't matter, it is all wrong. And don't think that you'll be any bit less of a man if you tell one of your best buddies. Just find someone to talk to that you trust in and someone that will listen and support you. It wasn't your fault it happened, it takes a real man to tell the story of the hell you went through, like me, you were just an innocent child that was over taken by your abuser.