Here's the thing...regarding Father Travis Clark and the Archdiocese of New Orleans 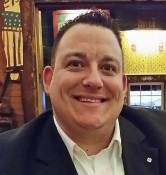 How is it a man who had such deviant sexual issues was allowed to pass through the Notre Dame Seminary without so much as a cautionary flag and become a priest?

This former priest thought it would be ok to hire two dominatrices and film himself and them on the altar of the parish he served and defile the very thing he had been ordained to protect. Makes you wonder how many other men are becoming priests out of Notre Dame Seminary that have much more sinister sexual desires and using the priesthood to fulfill them.

What psychological exams or testing does a seminarian go through? When they are ordained as a transitional deacon on the way to priesthood are more stringent exams administered to make sure that the man being ordained a priest is truly of good moral character? If the man is found to have certain mental health conditions that could be troublesome down the road, how are they addressed? So many questions going forward that I will be investigating in order to see why the very faith I follow is in so much trouble for the supposed "leaders" of the church.

All I ever hear is "we need priests, there is not many young men coming into the priesthood" and I am sad for that as I truly believe there are great men of God out there, however they are shadowed by perverse men who have used the priesthood to prey upon innocent men, women and most of all children.

What makes these men of the cloth so messed up that they target our youth for their sexual pleasures? Priests are supposed to be celibate yet we are hearing hundreds of stories of homosexuality in the priesthood that has turned into pedophilia. How can we trust a man in a cleric to be just and right? How can we trust these perverse cowards to help shape our children? The Archdiocese of New Orleans is known for their quality educational institutions; but are they really striving to educate and mold our youth? Or instead herding potential victims into the schools for the predators to pick and choose.

I was told by a source regarding Notre Dame Seminary that all men in formation go through psychological exams by a staff psychologist; but that it can easily be manipulated. And with the church needing priests so badly; maybe they pass those that aren't "too bad" then play stupid when those that were passed through become predators whether it be against vulnerable adults or children of either sex.

How can we hold the Hierarchy of the Catholic Church to the standard they demand when they are ALLOWING these atrocities towards children to happen?

Prime example was that Travis Clark was assigned as an associate pastor at St Ann's in Metairie; they have a school; he was known for being quirky and several mentions of his behavior that was a little "off" was made to the Pastor there when he was assigned there. What is concerning is the pastor he was assigned with at St Ann's was also one of the exorcists for the Archdiocese and you would think someone with that position would have the ability and training to recognize problems within a young priest and have them addressed. Travis Clark was an awkward man to begin with; homilies in relation to the tv show The Simpsons; spent a lot of time online gaming in the rectory instead of attending to his duties and was counseled on these matters several times. How many youth did he come into contact with that he could have negatively affected them in some way by his sexual perversions? Although, no victims have come forward as of yet; the fact Travis Clark participated in the sexual events on the altar with lights on, video taping where anyone could see in and witness (that's how he was caught a passer-by saw the lights on); what if some curious kids would have been the ones to come across this act?

The point of this is that the church is failing to protect the youth, vulnerable adults and the Catholic faithful in general. And all that is happening is the blame game keeps getting shifted around and no one ever seems to take accountability for the actions of those who are under their authority.

Finally, Archbishop Gregory Aymond playing the see no evil, hear no evil routine and playing dumb when confronted about so many things he is aware of makes him look even more complicit in his own way. What are you hiding Archbishop? Why defend these priests or the actions taken to deal with them?

The only thing I was surprised about is that Travis Clark was laicized and is no longer a priest. How many others have been allowed to stay in a cleric after reports made against them?