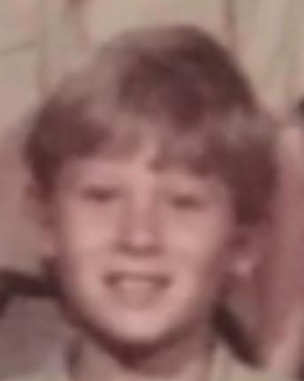 It was in March of 1977. I was in class and had a question concerning an English/Literature assignment. I raised my hand and regretted it ever since. As a 9 year-old innocent boy, my life would change forever. My teacher and rapist was no other but Catholic Deacon George Brignac, now recognized as Louisiana's most prolific pedophiles/rapist.

After raising my hand, Brignac called me up to his desk and asked me to come around and sit on his lap. This is when the rape started. Understanding that 30 other kids are sitting in this class at the time, no one was allowed to look up in his class. Brignac would threaten anyone, and use his paddle and ruler called "Goldie" and "Ashley." As Brignac began to rape me, he pointed at them as a reference for me not to move. Brignac continued to rape me over a 3 week period. That last week was the most traumatic time in my entire my life.

I went to a friend and told him what had happened to me. I asked him to prepare for it so it would not be my word against Brignac. As it turned out, word got out and the entire school now knew I was being raped. The other children used garbage cans from other classrooms to peek through the windows of the transom glass from the hall, and they watched Brignac rape me. It was everyday and sometimes twice a day. The atrocity, pure evil, and trauma would only get deeper from there. It was exactly this time of year, March of 1977. By this time, several witnesses saw him raping me. The day my mother found out about my rape, it was from a childhood friend of mine - not me. I was scared to tell anyone about the horrors I experienced and had to endure.

The following Monday Brignac was arrested. The Archdiocese wanted us to drop charges, but my parents refused to do so. When I was on the witness stand, the Archbishop came into court, dressed up in his cassock, through a side door. A recess was called as the Archbishop and Judge retired into the Judge's Chamber. It was torture to be on that stand for a very long hour, facing my rapist, fifteen feet away from me. When they returned, they only asked me one question; "Do you know who your 'alleged abuser' is, can you identify him?" After the Bench Trial, the Judge acquitted Brignac and in that one single decision, the Judge destroyed MANY innocent children's lives. After he raped me and was acquitted, Brignac would go on to rape and destroy TWENTY-SEVEN more young, innocent, children's lives.

I tried my best to do the right thing, but Brignac got off, and tragically, it would be me who received a cruel, harsh, lifetime sentence. I am serving life in a penitentiary located in my brain. I suffer from Clinical Depression, Dissociative Disorder, and CPTSD. All three are official, real psychiatric diagnoses in the DSM-5 Manual that mental health professionals use to diagnose childhood sex abuse. Always going to the next shrink, telling them the same damn thing. If that wasn't enough, I am tortured with anger, guilt and shame. Childhood Sex Abuse Trauma causes brain damage and it does not want you to heal. Like most psychiatric diagnoses, there is no cure. All we can do is try to manage it successfully.

Forty-Five years later, I have attempted suicide 3 times. I've self-medicated and suffered from alcohol and drug abuse. I can't tell you how many psychiatrists, psychologists, and therapists I've seen over the course of my life. It severely affects relationships, at home, work, with family. It causes divorce, and makes you live "out of state, both mentally and physically." Today, I am now a relentless survivor, WARRIOR,  and proud Vice President of Men's Support Programs at SCSA. I have extensive, real goals to provide support and work for justice for victims and survivors. Transparency can only be achieved through the truth in which the pedophiles, and the organizations that protect them, refuse to give us. The archives, documentation, and records are there. To my brothers and sisters of SCSA, let's change the WORLD together! Join us on that journey of healing and justice, and until we meet, I remain,